Kirsten Haglund Reflects on the Lie of Anorexia “The mirror for someone who’s severely struggling with body image is like a torture device.”

Kirsten Haglund won the Miss America 2008 pageant in stunning fashion. She wasn’t the favorite to win it. In fact, the national competition was only her third ever pageant. She went from being a relative unknown to one of the most recognizable faces in the country in a matter of seconds.

But years before she became a world figure, she was waging a secret battle. A battle with herself.

After falling in love with ballet at a young age, she found herself at a competitive dance school. There, she realized she didn’t look like everyone else. That started a years-long battle with body image and food.

“The lie of anorexia said to me, ‘If you just stick with me, I’ll give you everything you want.'”

Eventually she was put into treatment for anorexia, but it wasn’t until an accident on a treadmill that she realized there was so much more to life than an unhealthy obsession with food. 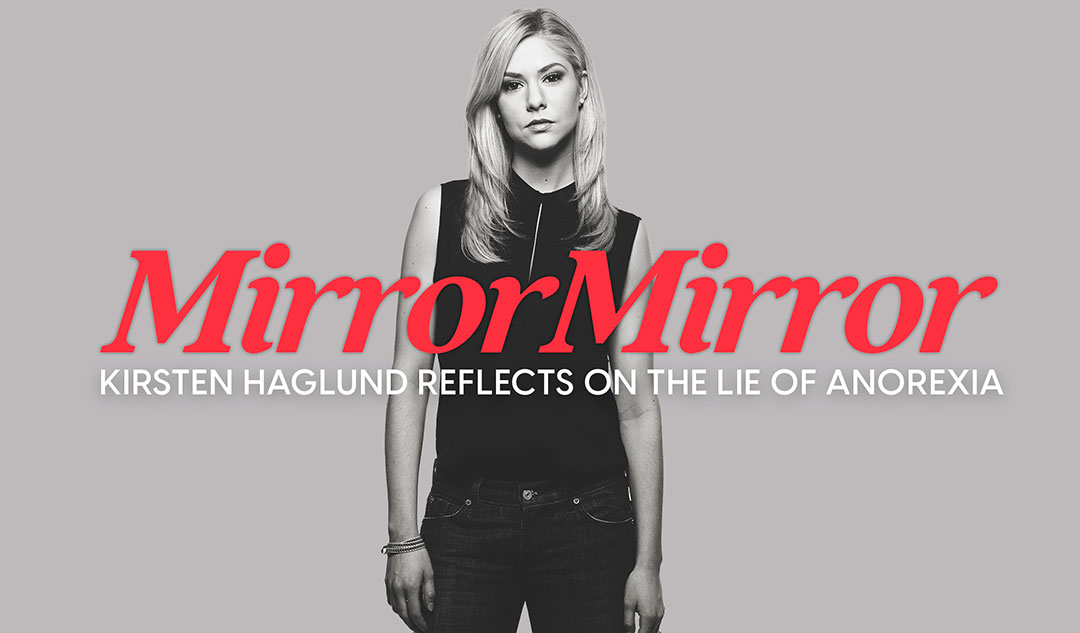