The Battle at Home “He turned away from me and fell on his knees. And he looked back at me and he said, ‘You killed me.’”

As a police officer, Chad Robichaux had to make a life-or-death decision. As a Force Recon Marine serving as part of a Joint Special Operations Command Task Force, he witnessed unspeakable evil. Eight tours later those memories still haunted him.

“Somewhere in between when you get there to do something noble and you leave, you become that person yourself.”

His marriage and his family began falling apart. “I was out of control,” he says. “I built a wall between me and my family to protect them from me.”

Then, the PTSD took over. It got so bad, he was removed from duty. He turned to MMA to cope, and became a champion fighter. But not even that could heal the pain from Afghanistan.

With his marriage “dead” and suicidal thoughts filling his head, Chad started searching for answers. His wife began searching too. After revealing what she found, it led to a crucial decision in Chad’s life.

“My wife had fought for me when I was weak, and now it was my turn to fight for her.”

For more information on Chad’s foundation and how you can help visit Mighty Oaks Warrior Programs. 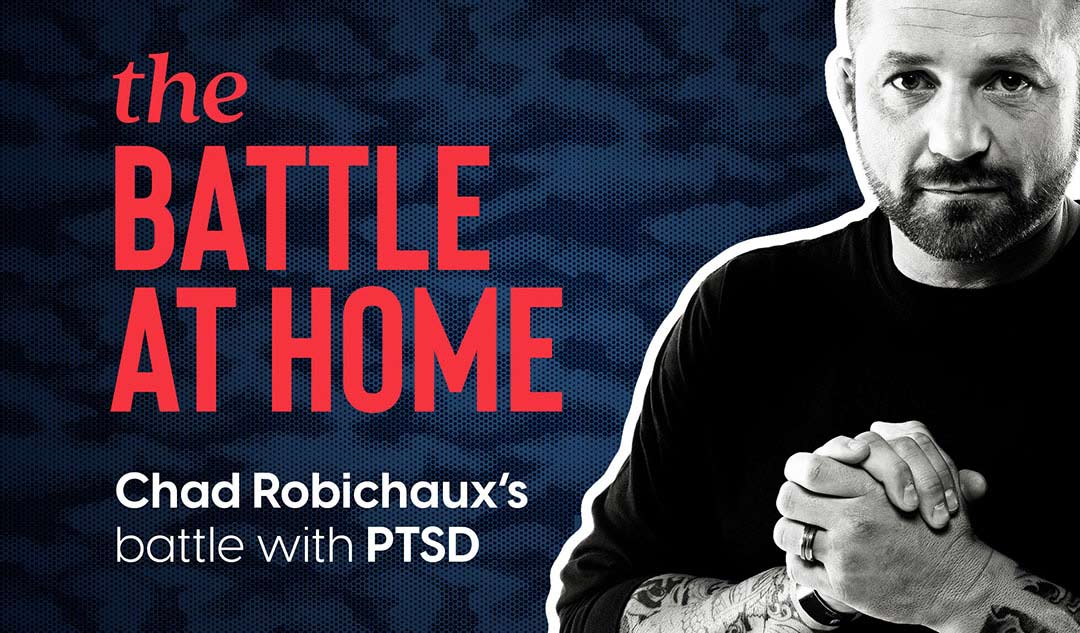